Our annual report is now available

BRUSSELS - Journalismfund.eu's annual report is now available. In his preface, managing director Ides Debruyne emphasizes the importance of independent investigative journalism for society. "If we as citizens want to gain insight into the effects of choices made by politicians or companies, someone must create clarity."

Societies are guided by a story with the rulers remaining at the helm of the storyline. They largely define the narrative, the framework through which they substantiate or prop up their political choices, whichever way you wish to look at it. They need this narrative to keep the system going. We must all believe in it.

Here lies an important mission for journalists and journalism in general. Someone must dare to ask the question whether the storylines and particularly the political, social and economic choices are indeed the right ones. Does reality correspond with the proclaimed theory? Is an inconvenient truth being obscured by propaganda? Journalists must acquire the time and space to ask these irritating questions if we wish to find out whether or not the story is true. This is exactly what Journalismfund.eu continued to encourage in 2019 as well: journalism forcing rulers to adjust their course or abandon ship.

For instance, initially the European Commission continued to justify its decision to allow the further use of Chlorphyrifos in fruit cultivation, in spite of the scientists that catalogued the insecticide with the way too difficult name as extremely dangerous. A team of 13 journalists dug into this story and showed that the Commission told a story that – following smart lobbying from chemical giants – went entirely their way. Finally, forced by various publications in the different European member states, the European Commission gave in. Also one of the manufacturers immediately decided to stop the production of the insecticide. Journalismfund.eu is pleased and proud having been able to contribute to this.

Often, a storyline is patchwork that is used to hide things. Yet, the coverlet may sometimes appear too small to conceal everything. If the storyline no longer brings relief, the targeted parties sometimes tend to threat the journalist in question. The Flemish news site Apache, for instance, brought a series on the Antwerp real estate company Land Invest Group. Documents that the Dutch-speaking online newspaper Apache and the French-speaking weekly magazine Le Vif had been given access to showed how some “entrepreneurs” from the entourage of one of today’s most influential Belgian politicians could extract for over six years millions of euros from Land Invest. In these disputed Antwerp construction projects, the project developer could all the time rely on conspicuous political support. It was a very difficult investigation with many threats as we had hardly seen ever before in Belgium. Land Invest Group engaged private detectives to shadow the investigative journalists. The journalists were sued for damage claims amounting to 350,000 euro and 500,000 euro. Still, the investigation did have some impact. After a long list of publications, the court finally took action and confiscated the entire bookkeeping of Land Invest during a house search. We hope this story will be continued. Journalismfund.eu is very pleased with this investigation, that has been made possible by one of its grant programmes. Such a narrative fabricated by a government or business is often difficult to unravel, even if anyone with common sense can predict problems well in advance.

Also the migration story is such tough and yet visibly shaky story, comparable to that of the Genua bridge. It must be propped up on all sides with half-truths and warped sermons. And yet, we see every day people drowning by the dozens in their attempt to reach Europe. Shocking images that ask for a decent explanation. But our leaders get away with it. Apparently, their story sounds plausible enough, keeping them safely and shamelessly in power. Or the public just doesn’t want to know.
The truth may indeed be unpleasant at times. Perhaps, that is why journalism has become unpopular with part of the population. It are exactly these tricky stories that Journalismfund.eu wishes to encourage. Stories that the general public may not want to know but does have to know.

According to Linda Polman, “this story about the European ‘management of refugees’ started in the summer of 1938 in the stately French spa town of Evian, during the first international summit about the refugee crisis in Europe”. On the back cover of her book, which was partly financed by Journalismfund.eu, she writes ‘Nobody wants them’. The number of Jews that tried to escape from Nazi territory had exploded: there was an urgent need of accommodation for them. All Western European countries were present in Evian and all their arguments not to let refugees in were the same as now: the ‘migrants’ would not respect national standards and values, steal jobs and homes and threaten the social cohesion.” Not much has changed since the publication of this impressive book. The momentum just isn’t there yet. Sometimes, such things take time. The time that we need to turn around.

Europe spends millions of euros to curb migration. How many? This appeared impossible to find out, as was shown by one of the supported projects. “The European financial flows for migration are as complex as a plate of spaghetti. This is both problematic and typical of Europe’s migration policy in Africa”, according to ‘De Correspondent’.

Every story that has been realised with the support of one of our three grants programmes reads as the shattering of the narrative of one or other government.
This is both an important achievement as well as the mission of journalists. They must bring clarity in the shady stories often served by politicians. If we as citizens want to gain insight in the effects of choices made by politicians or companies, someone must create clarity. Without independent investigative journalism, we would sail blindly and without compass. And nothing will change. 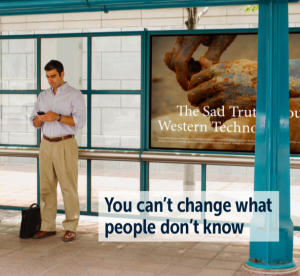